In a nation known for its amazing food, in a province known for the top-quality ingredients, Gwangju has become almost a city-scale distillation of essential Korean cuisine.

On a recent trip to Gwangju in South Korea, I was invited to a barbecue by my friend Austin Moon, a local student. We gorged on an endless variety of meats and offal, and chugged makgeolli, the traditional sparkling rice wine, but there was also a bowl of tasty small molluscs in conical black shells, a sort of snackable, suckable escargot. I asked Moon what they’re called. He typed something into his translator app and we waited.

Gwangju – which means “city of light” – is a city in waiting, nervously stepping into the spotlight. It has hugged the banks of the Yeongsan River at the foot of the Sobaek Mountains in the south-west corner of the Korean Peninsula since its founding in 57BC. 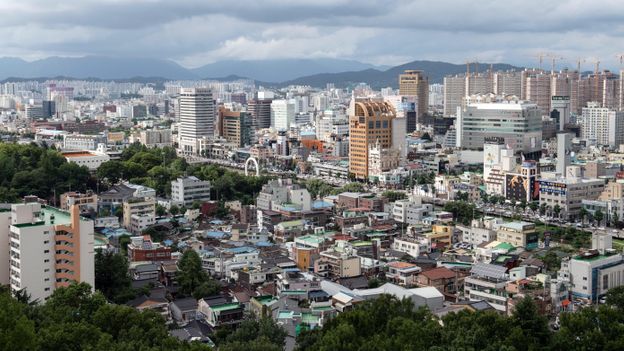 In 1980, the city became the flashpoint of protests against the country’s 1979 military coup. Hundreds were killed, but the tragedy inspired the return to democracy in 1987. In the generation since, Gwangju embraced its turbulent history, building a national cemetery for the event that honours 777 graves, and making the old city hall (the site of the protests) a citywide icon by expanding it in 2016 into the Asia Culture Center, billed as “Asia’s largest cultural complex”.

“The bloodshed in Gwangju in May 1980 is the cornerstone of this country’s democracy,” said president Kim Young-sam in 1993, while granting amnesty to thousands of political prisoners held since the protests. “Its victims gave their lives for democracy.”

For decades, Gwangju stood for honour, sacrifice and freedom – noble concepts all, but hardly the stuff of breezy holidays. In recent years, however, the city has developed a more palatable identity: Gwangju is South Korea’s surprise foodie capital.

You may also be interested in:
• Is this the most authentic Korean barbecue?
• The country that can’t slow down
• Japan’s deadly poisonous delicacy

For locals, it’s not quite a new title. According to legend, when the king exiled people from Hanyang (the ancient name for Seoul), those who were granted lighter sentences were sent to Gwangju’s fertile province of Jeolla, and those who were not were sent to Gyeongsang province, where food was scarce. As industrialisation swept South Korea in the 1960s, the Jeolla region remained largely agricultural and took on a romantic sense of pastoral splendour. By the 1980s, its dishes were given the name “Namdo cuisine”, which literally means “southern food” but is really Korean soul food: rich, heavy, pungent, folksy.

Today, Gwangju has its industrial grit, yet in the dense lanes of 1.5 million people, you can still find rare and sumptuous offerings far from the glittering Korean metropolises of Busan, Jeju or Seoul that make use of the region’s excellent ingredients. 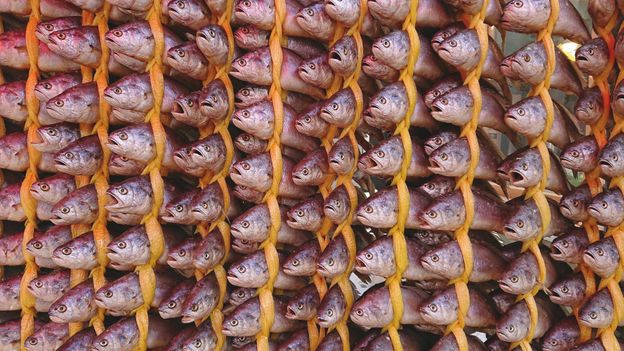 Gwangju is the distribution point for all farms in Honam and is known for its top-quality ingredients (Credit: Ayakochun/Getty Images)

Hungry visitors to the city can feast on classic and varied bibimbap, a national rice dish from nearby Jeonju; cabbages and radishes grown in the legendary spring water of Muju; seafood specialties from Mokpo, including kkotge (blue crab), gejang (soy-marinated crab), and mineo (croaker); and yukjeon (pan-fried battered beef medallions) from Damyang. It all combines into a paragon of pujim, the Korean concept of culinary largesse that more food should be offered than can be eaten.

In a nation known for its amazing food, and in a province known for top-quality ingredients, Gwangju has become almost a city-scale distillation of essential Korean cuisine. Just like Chengdu in China’s Sichuan province, Belo Horizonte in Brazil’s Minas Gerais state, Oaxaca City in Mexico’s Oaxaca state or New Orleans in America’s Mississippi Delta, it’s a concentrated crossroads of regional culture that manifests with prominence and pride in local plates.

“I would recommend a trek all over Jeolla [province], but convenience-wise it’s easier to go to Gwangju. It has more of a restaurant culture. You can go to [the nearby towns of] Yeosu or Mokpo, but there is no restaurant culture there,” said Hooni Kim, whose New York restaurant Danji became the world’s first Michelin-starred Korean restaurant in 2012. “And they might have yukjeon in Seoul made and served, but only in Gwangju have I seen it prepared tableside.”

Kim, who is also a judge on MasterChef Korea, told me that the secret ingredient to Gwangju’s culinary depth is its regional version of jeotgal, a sauce of fermented seafood – “shrimp, squid, oysters, any kind of fish” – that he calls “natural MSG”. As opposed to off-the-shelf salts, soy sauces or other store-bought condiments, he explained, jeotgal is “an ingredient that takes a while to make. And jeotgal is a key ingredient in kimchi [a fermented cabbage that’s iconic in Korean cuisine].” 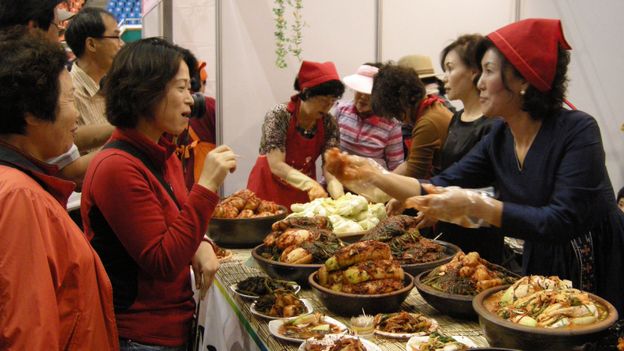 Gwangju produces some of the country’s finest kimchi, which is celebrated at the city’s annual kimchi festival (Credit: Park Chan-Kyong/Getty Images)

In fact, the best kimchi in Korea is said to be from Gwangju, which has assumed the title of the dish’s birthplace. The city is, then, a natural home for an annual kimchi festival, and the craft of kimchi-making is so highly regarded that visits to Kimchi Town, an interactive museum where you can try your hand at making kimchi, are almost pilgrimages for Korean kindergarteners and foreign travellers alike. The city’s kimchi reputation was formalised in 2010 when the city was chosen as the home of the Korean Science Ministry’s World Institute of Kimchi. Ever since, researchers in Gwangju have studied kimchi flavour factors including fermentation, lactic acid bacteria and other biochemical properties.

If a Korean goes to space, kimchi must go there, too

Gwangju’s claim of kimchi primacy is bolder than outsiders might think. Kimchi has an overwhelming sway over Korean culture, not just Korean taste buds. When Soyeon Yi, a Gwangju native, became Korea’s first astronaut in 2008, the government spent years of research and millions of dollars developing “space kimchi” for her to eat in zero gravity. “If a Korean goes to space, kimchi must go there, too,” a Korean Food Research Institute scientist told press at the time.

Beyond kimchi, the treat of Gwangju is in the day-to-day bustle. The core of the city’s food scene is its three massive markets: 1913 Market, Daein and Yangdong (guess which one has been in operation since 1913), where cars, bicycles, patrons and peddlers fill corridors of shops seemingly to the horizon. Daein is especially vital given its Saturday night transformation into a massive impromptu food hall. Beyond that are four specialty food areas – for tteok-galbi (minced beef wrapped around bone), oritang (duck soup), ganjang gejang (crabs in soy sauce), and Mundeungsan boribap (bowls of barley rice) – but there are many more informal clusters of specific dishes. The hungry do not poke around for a dish; they go to the street or alley that specialises in it.

Yangdong market is a haven for the city’s famous kimchi. “All of the kimchi sauces are different by store,” said Minji Yoo, 32, who works at Hanam Banchan, a kimchi shop in Yangdong that’s been in her family for 30 years. “It depends on how much seasoning you put in. You have to use the highest quality chilli powder and jeotgal. We also have older and [more] experienced women teach us their know-how and hand us down their recipes and preparation methods.” 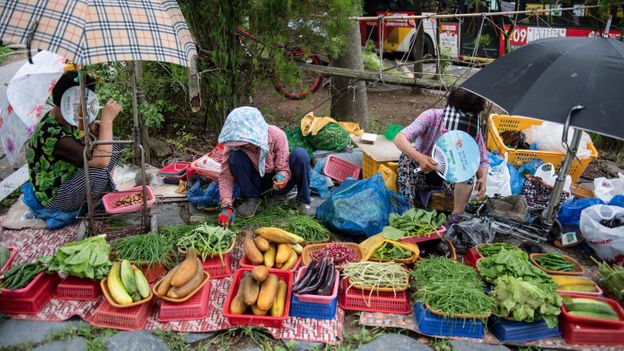 Gwangju is also packed with a dying breed of business called nopo, iconic family-run restaurants that have been operating for at least 50 years (an unexpected benefit to the regional slowness in industrialisation). For its 2012 Green Guide to South Korea, the tastemakers at Michelin recognised one such institution, Cheongwon Momil, for its signature cold buckwheat noodles the family-owned local chain has been serving since 1960. (Its secret, says manager Younghe Joo, is that the buckwheat is imported from Gangwon-do, a mountainous north-east province bordering the Demilitarized Zone.) There’s a soup version of the noodle dish with an anchovy and vegetable broth, but the stealth hit on the menu is its king dumplings, ridiculously oversized, chewy, juicy pork or vegetable dumplings the size of an adult fist.

But traditions are not sacrosanct here. As Gwangju has pushed into a cutting-edge identity – the city was chosen as the site of a major artificial intelligence complex in 2017, and has had booming success with a biennale that begins anew this September – experimental cuisine has come along for the ride. Last year, the Asia Culture Center hosted Food Hack, a food technology conference attended by the likes of Harry Parr, a founder of Bompas & Parr, one of the world’s premier food design consultancies.

That only happens in Gwangju. They move faster than Michelin inspectors or food editors.

One of the main reasons behind this is the city’s young population. Its six colleges, 11 universities, 44 graduate schools and other educational institutions result in students comprising 24% of Gwangju’s population. “The students’ curiosity affects all of Gwangju,” said Rani Cheema, founder of Gwangju Foodies and former food and soju editor of Gwangju News. “Restaurants open and close in a matter of weeks or months despite being popular, because the young tastes want to move on and try new things. They go wider, crazier, more experimental. But not in a bragging way. They’re not focused on trending; they’re focused on trying. I had pick-your-own pheasant prepared 10 ways, including a raw sashimi. That only happens in Gwangju. They move faster than Michelin inspectors or food editors.”

At Glacier Hong, for example, owner Jiyoung Hong’s chocolate gelato may be kissed with rice wine or Jack Daniels and her sweet potato gelato is a winter favourite. Basics like rice gelato are served year-round, while daring one-offs – like a salted caramel with nuts baked and coated in-house – are here and gone. “We like to constantly experiment and make new flavours,” said Hong, “so our gelato isn’t always the same thing.” 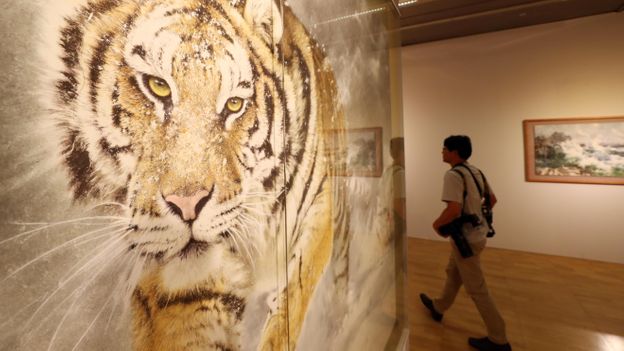 The Gwangju Biennale, held at the Asia Culture Center, is a celebration of contemporary art (Credit: Newscom/Alamy)

Yet even the most madcap recipes involve great rigour. At Woong’s Kkultarae in the 1913 Market, owner Hyunwoong Kim – who previously ran a Cajun food truck – is adamant that his titular creations of the Korean dessert honeyed kkultarae (a pouch of thin crispy strands of dough filled with nuts or chocolate) will contain 16,384 individual threads of dough. Yet in the same breath he praised the ad hoc whimsies of Gwangju’s kitchens. “Seoul has a large franchise industry,” he said. “The franchises have a stable consistency in taste. Local food has different tastes.”

Back at the barbecue spot with my friend Moon, we laughingly shrugged at the electronic translator’s result: “black mystery snail”. In Gwangju, the best culinary experiences are verifiably indescribable.

Comeback Cities is a BBC Travel series that showcases under-the-radar capitals, champions the urban underdogs and revels in the success stories of cities that have turned their fortunes around.

This article is from https://www.bbc.com/travel/story/20200204-is-this-the-capital-of-kimchi?ocid=ww.social.link.email

Roots of Kimchi would love to keep you updated with news on our products,
and health bulletins from our in house nutritional expert.
If you’d like to be kept in the loop, please join the club!